Also known as Abraham’s Sanctuary or Tomb of the Patriarchs, the Cave of Machpelah in Hebron is considered sacred by Abrahamic religions. It is the second holiest location in Judaism (after the Western Wall in Jerusalem). According to Jewish mythology, the Tombs of the Patriarchs in the West Bank city of Hebron is the burial place of three important biblical couples: Abraham and Sarah, Isaac and Rebekah, and Jacob and Leah.

This famous religious site is where key figures from the Bible and Quran are believed to have been buried. It has been a pilgrimage site since ancient times, with the first structure built around the tombs dating back to the reign of Herod the Great.

Here are some essential things to know about the Cave of the Patriarchs:

The Story of the Cave Machpelah

It’s great to be aware of the history of this religious site if you’re planning to tour the Cave of Machpelah and the city of Hebron.

Around 2000 years before Christ was born, Abraham purchased the property when his wife Sarah passed away. Genesis 23 describes how Abraham purchased the land containing the Cave of Machpelah to use as a burial site when he was residing nearby at Mamre. He gave Ephron the Hittite 400 shekels of silver, which was the full payment for the land at the time.

The Jewish tradition also believes that Machpelah is the final resting place of Adam and Eve. According to the Zohar, the Cave of Machpelah serves as the entrance to the Garden of Eden. The first man, Adam, noticed a ray of light coming from the area and realized how special the

place was. To bury himself and his wife there, he dug the cave. The light was concealed there when Adam and Eve were buried there. Years later, when Abraham unintentionally came across the cave, he discovered the secret and purchased the place as a burial site for his family.

The Jewish also believe that they directed King David to go to Hebron. There he was anointed king of Israel and made it his capital for seven and a half years until the capture of Jerusalem.

Hebron as a Holy City

Hebron is one of Israel’s oldest cities. Because of its ties to the biblical patriarchs Abraham, Isaac, Jacob, and King David, it is one of Judaism’s four holy cities along with Jerusalem. Hebron is also one of Islam’s four most sacred cities (Mecca, Medina, Jerusalem, and Hebron), honoring Abraham as the father of monotheism. Some Muslims also believe it was a stop on Muhammad’s Miraj or miraculous night journey to Jerusalem.

Jews go to pray at Hebron as they consider it the burial place of their Patriarchs and Matriarchs, the founders of their nation. The Torah records that Caleb, one of the twelve scouts Moses dispatched to survey the Land of Canaan, took a detour to Hebron. According to the Talmud, he wished to pray at the cave where Abraham, Sarah, Isaac, Rebecca, Jacob, and Leah are interred. He pleaded with the Patriarchs and Matriarchs to ask God to have pity on his soul and save him from falling victim to the nefarious scheme the other spies had concocted.

Jews still use this as a guide when they go to holy people’s graves to ask for God’s mercy during difficult times.

Political History of the Cave of the Patriarchs

Attracting sightseers for generations, the Cave of Machpelah and the massive mosque atop it, Al-Aram al-Ibrhm (the Sanctuary of Abraham), were previously restricted to Muslims alone. For nearly 500 years, Jews who visited the site could not go beyond the seventh step of the staircase leading to the complex.

Despite the ban, Jews made the pilgrimage to the Cave of the Patriarchs for worship. For the first time since Mamluk Sultan Baybars banned worshipers from entering in 1267, the graves of the patriarchs were accessible to everyone after the Six-Day War in 1967. The cave has since served as a place of worship for the Jews and Muslims, who shared the upper sanctuary.

Herod built a structure with stone walls six feet thick above the cave in the first century. Herod’s fortifications, which once protected the cave, are still standing.

Visiting the Caves as a Tourist 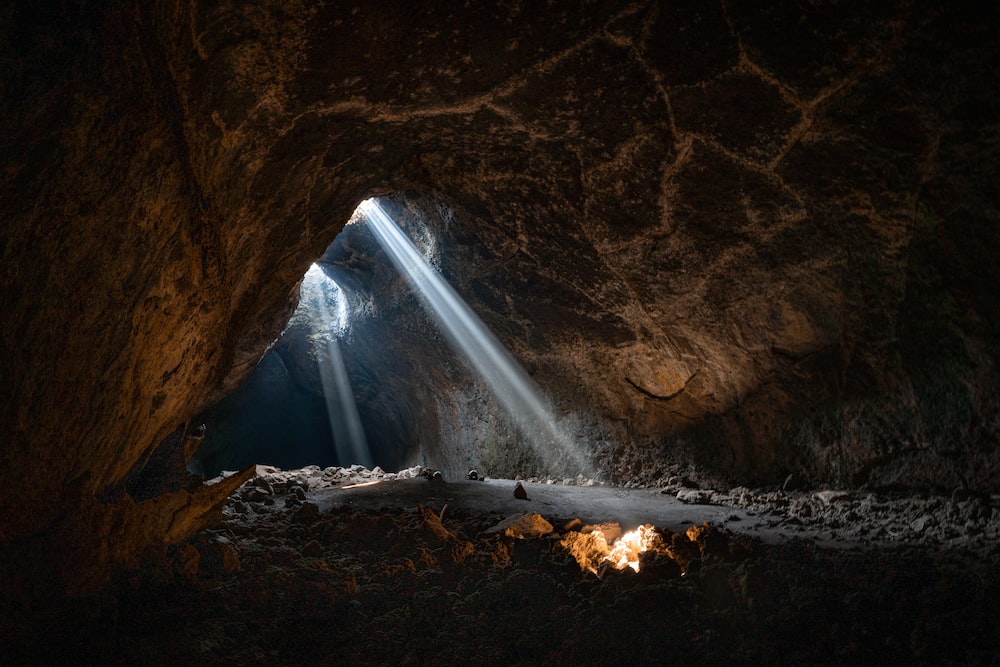 Access is not permitted to the actual burial places in the caves deep underneath out of reverence for the dead. However, since these Patriarchs are honored in Jewish and Muslim histories, visitors can see the caves from both the mosque and the synagogue.

The caves have only two known entrances. The southeast entrance is the most prominent because it is inside the tomb and is just south of Abraham’s cenotaph. The first entrance is disguised as a small shaft and protected by an ornate grate. Atop the shift is a stylish dome.

The second doorway is located southeast of the Mihrab and near the seventh outside step of the enclosure. This area is hidden by a big stone often adorned with prayer rugs.

Jews and Muslims can only use separate sections, except for ten days a year when worshippers of both faiths are allowed free access. Pilgrims and tourists, however, may enter both areas. Because it is politically sensitive, visiting the Cave of the Patriarchs should be done with a guided tour.

Why choose the personalized metal beer bucket for your drinking space? The Cost Of A Vasectomy Can Vary Depending On Several Factors. But On Average, It Will Likely Fall Somewhere Between $200 And $1,000. How to improve the health of men? How To Apply Walnuts To Dispose Of Spiders At Domestic?